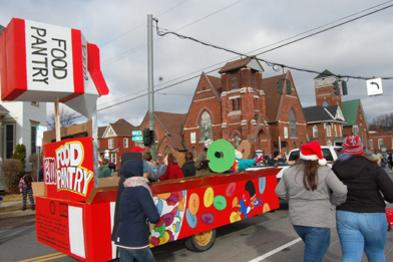 During the 1970s, VEM had a clothing thrift store. The organization also hosted marriage classes for married couples and those contemplating marriage.

VEM members raised money to aid victims of the devastating Carthage block fire in 2002. The group donated money to establish the chapel at Carthage Area Hospital. In 2003, members of the group worked with Thousand Island Habitat for Humanity to plan for the renovation of a property on North Washington Street, but the project was abandoned due to a faulty foundation. ​

Annually VEM is continuously assisting the community and involved in a number of outreach programs. In addition to the Food Pantry, which has become synonymous with the VEM, it offers a number of other services.

The CROP Walk held in the fall raises funds to fight hunger globally, but a percentage of money raised stays locally. Religious Release gives elementary students an introduction to the Christian faith. The local Religious Release program is the only one left in Jefferson County and the longest running one in the state. Christmas at the Nursing Home provides gifts, love and a fun party to our local nursing home residents. VEM also provides food baskets and gifts to the less fortunate through the Angel Tree at Christmas time.

VEM still hosts community religious services during Lent, Thanksgiving and Easter.  Along with Baccalaureate for our local graduates. We also do a weekly church service for the local nursing home residents at Carthage Nursing and Rehabilitation Center.

Throughout the years, the churches involved with VEM host weekly free Stone Soup Suppers. Location and menus are listed on our calendar. 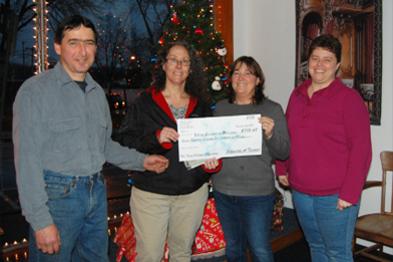 Throughout the years, the organization has provided holiday services, musical concerts and pageants at Christmas, Thanksgiving, during Lent and at Easter. For years, VEM had children collect for UNICEF during Halloween trick-or-treating. The group also went caroling and was involved in the Chamber of Commerce tree lighting ceremony at Christmas time. 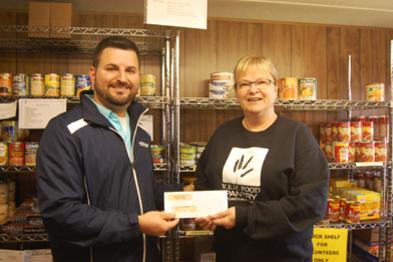 The Village Ecumenical Ministries (VEM) started in 1948 as the Twin Village Council of Churches. It changed its name in 1973 to broaden its membership. 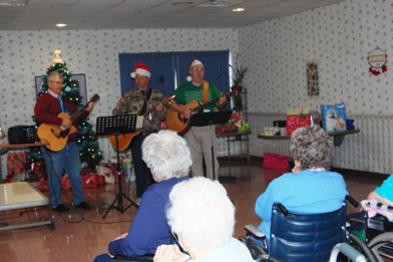